Tribute from the anime and OVA animation movies: Bloody Kenshin

Enjoy my fan art illustration showing images from the concept art of the upcoming Doom Eternal along with a crossover with the Dark Rabbit Muay Thai fighter from Bloody Thai Bunny animation. This idea emerged when I knew that the original Doom video games told the story of Daisy, the soldier’s pet bunny.

Here is a fan video that explains the origins of Daisy and her possible participation in the upcoming Doom Eternal.

One of the reasons for loving this classic video game comes from its setting in planet Mars. Our next destination in our current Space Age.

This winter, prepare to join Carol Dreamer's adventure in the final war of religions. Planet Earth in the far away future. Because of the worldwide war of religions, some humans transform into soul creatures: A soul creature is a person who becomes a monster because of the unstable energy inside people’s souls caused by this war. The only hope is to travel to the artificial intelligent Dejah Thoris City in planet Mars. It has been without contact since the dark ancient 21st century. In the Buddhist Kingdom of Thailand, Maitreya Banchamek discovers a way to travel to planet Mars thanks to his ancient ancestor. What secrets does the Martian city have? Why did the Martian artificial intelligent machines stop contacting planet Earth? Will humanity be saved in the final war of religions? 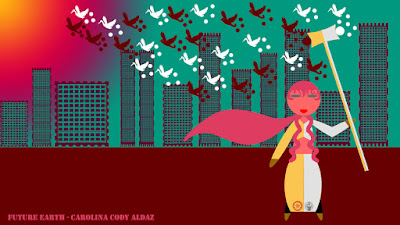 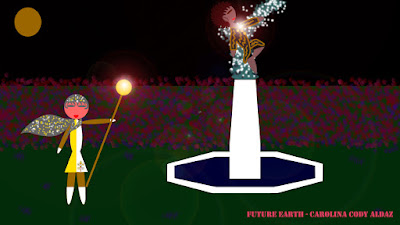 Enjoy Saturday night with the best Thai musicians from the past and the present in this first part of my Thai music special.

Lava - Tribute to Smoke on the Water by Deep Purple.

Enjoy the fan tributes to the singer Ville Valo and his music band HIM by Blackstone 77.

HIM - Circle of Fear

Official webpage for Luis Royo's artwork
at November 09, 2019 No comments: