Selofan - There Must Be Somebody

Enjoy the best Gothic of both worlds :) 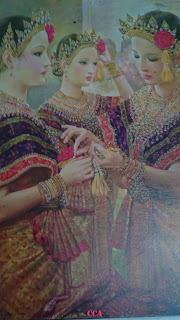 Enjoy Friday listening to my selection of Thai music and fan-art collage and decide which one you love best. 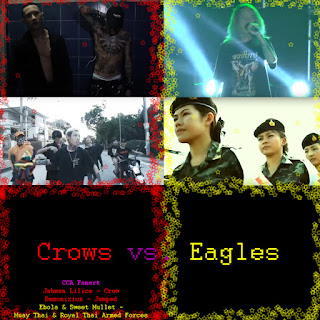 Buddha Nichiren Daishonin passed away on October 13th, 1282 at the Hour of the Dragon (around eight o’clock in the morning) at the residence of Munenaka in Ikegami, Province of Musashi. At the time of his death, there was an earthquake and the cherry trees in the garden bloomed out of season. Between October and November, in the Head Temple Taisekiji and in local temples worldwide celebrate the Oeshiki Ceremony.

For this month Oeshiki Ceremony, I would like to share the Gosho quote from Myosetsuji Temple in New York.

The four kinds of punishment consist of the general and individual, and the conspicuous and inconspicuous. The great epidemics and national famines, the extensive uprisings, and the foreign invasion occurring in Japan are general punishment. Epidemics are also a form of inconspicuous punishment. [The deaths experienced by] Ota and the others rep-resent conspicuous and individual punishment. Each one of you must summon up the spirit of the lion king and never cower to those who may threaten you in any way. The lion king is never intimidated by even a hundred beasts, and the same is true of its cubs. [Those who slander] are like howling jackals, while the followers of Nichiren are like roaring lions.(Gosho, p. 1397) 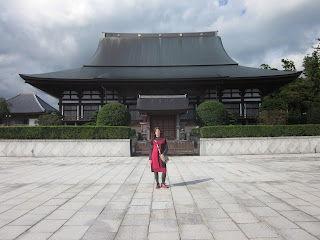 In Nichiren Shoshu Buddhism, there is a religious tolerance while at the same time having the Buddhist mission, Shakubuku, of propagating the Lotus Sutra and protect our loved ones. Myself I was tolerant and influenced mainly by Theravada Buddhism from the Kingdom of Thailand and Islam from England / Spain.

This Saturday, I have prepared a special about the adventures of "crimson princesses"in both Thailand & Japan.