Because I am a descendant from Buffalo Bill Cody, who defended and was part of the Hunkapap Lakota, whose leader was Sitting Bull during the Buffalo Bill’s Wild West show, I wanted to show some of my favorite photos.

Tribute video:
Buffalo Bill timeline
If you want to know more about Native Americans, I strongly recommend their official organizations.

NCAI, National Congress of American Indians – USA
Moving on, about the Wild West and the portray of both Native Americans and Cowboys, I wanted to share a classic and new generation approach:

Two of the best well known antiheroes seeking justice are the Punisher and Riddick. From the many fan tributes, hope you like my choice:

S.A Chakraborty Fantasy world: The City of Brass & The Kingdom of Copper

From the complex magic world of Daevadad, the fantasy story centers on the use of magic and some influence from Islam in settings and demons. Particularly interesting how the relationship evolves in the love triangle of the protagonists:

1. DARAYAVAHOUSH, known by the nickname of "Dara" is a demon Afshin, a Daeva military caste family which served the Nahid Council. He was known as the Scourge of Qui-zi for his violent acts during the war and later revolt against Zaydi al Qahtani. Among his powers are mind reading, fire, and the command of the magic swords called Zulfiquar.

2. NAHRI, a poor orphan and thief from Egypt. She meets Dara and discovers to be a magic healer from the Nahid of the Daeva tribe. With her powers she can save the lives of many magic beings.

3. ALIZAYD, known by the nickname of "Ali", he has a mixed-blood background. Ali is the youngest son of the Qahtani King Ghassan and of the marid, sea demon, descent Queen Hatset. After being drowned in the lake, Ali mixed with the marid and acquired the sea demon powers.

Looking forward to read the last part of the Trilogy, the Empire of Gold. From my perspective, thanks to S.A. Chakraborty use of Islam as a source for fantasy, it is parallel to the Japanese Yokai. The present time fantasy genre and religion are mixed together. As an example of this mixture from the Japanese influence I would recommend to see the Tokyo Mosque. 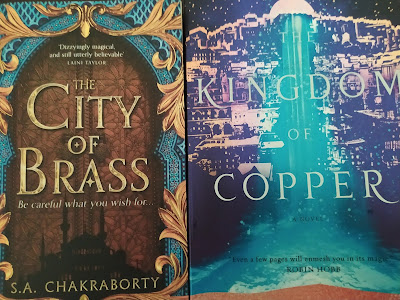 Join Carol Dreamer's adventure in the final war of religions. Planet Earth in the far away future. Because of the worldwide war of religions, some humans transform into soul creatures: A soul creature is a person who becomes a monster because of the unstable energy inside people’s souls caused by this war. The only hope is to travel to the artificial intelligent Dejah Thoris City in planet Mars. It has been without contact since the dark ancient 21st century. In the Buddhist Kingdom of Thailand, Maitreya Banchamek discovers a way to travel to planet Mars thanks to his ancient ancestor.

What secrets does the Martian city have? Why did the Martian artificial intelligent machines stop contacting planet Earth? Will humanity be saved in the final war of religions? 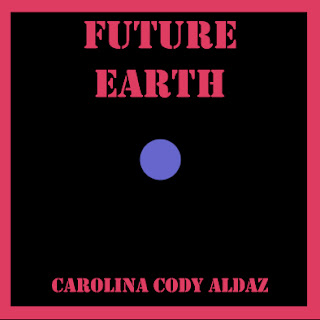